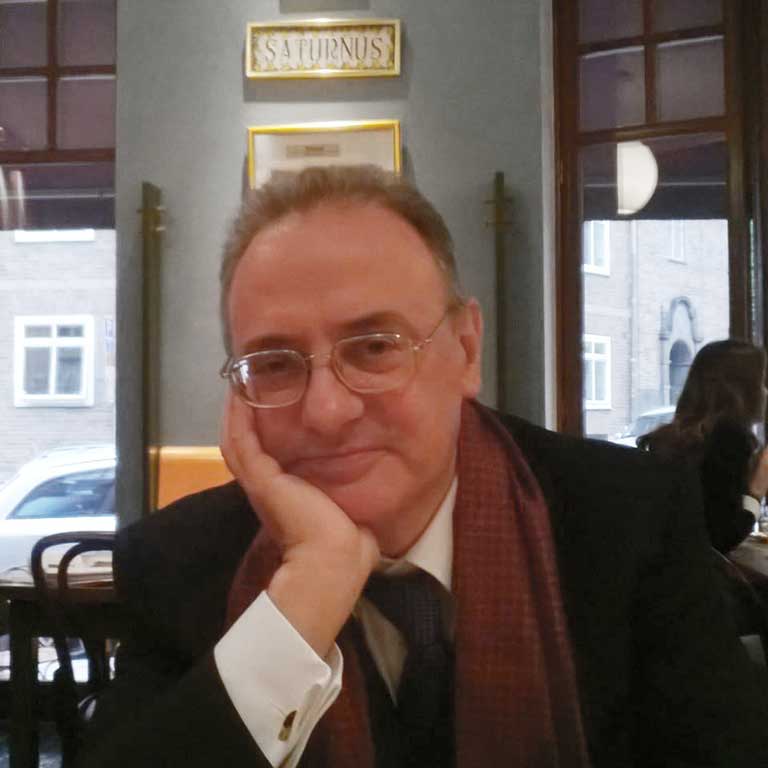 Born in Rome in 1952, I studied organ and composition for organ with Fernando Germani at the Santa Cecilia Conservatory of Music, graduating in 1974.

I was awarded first prize at the Masterplayers International Music Competition, Orvieto in 1977.

I made my début as the organist of the Teatromusica Ensemble at International Festivals of Contemporary Music in Warsaw (1975), Lisbon, Barcelona and Rome (1977).

Some achievements to be proud of: the first Italian performance of Rued Langgaard's In ténebras exteriores, given in Rome in 2010; a concert and lectures at Interpret Baroque in Beijing in 2011; the inaugural concert of the restored great organ at the Santa Cecilia Conservatory of Music in Rome in 2011; and masterclasses and concerts at the Royal College of Music in Stockholm.

Coming to know and enjoy fruitful discussions with Giancarlo Bizzi encouraged me to broaden my repertoire so as to include some of Bach’s late masterpieces (the Goldberg Variations, the second and third books of the Klavierübung, the Trio Sonatas and the Musical Offering).

I have taught organ and composition for organ at the Conservatories of Sassari (1975/76), and L'Aquila (1976/2008) and at the Santa Cecilia Conservatory in Rome (2008/2018). I have also given masterclasses and lectures in Italy and abroad.